Way back in 2014 I built up a commuter e-bike using a Lekkie conversion kit.

Sadly, a few years ago I managed to dent the downtube near the bottom bracket, so eventually a crack appeared, which slowly migrated around the tube resulting in a gentle end to the frame.

The Lekkie/Bafang motor system was still going fine so I migrated it over to an old 1990s carbon-fiber Diamond Back frame. 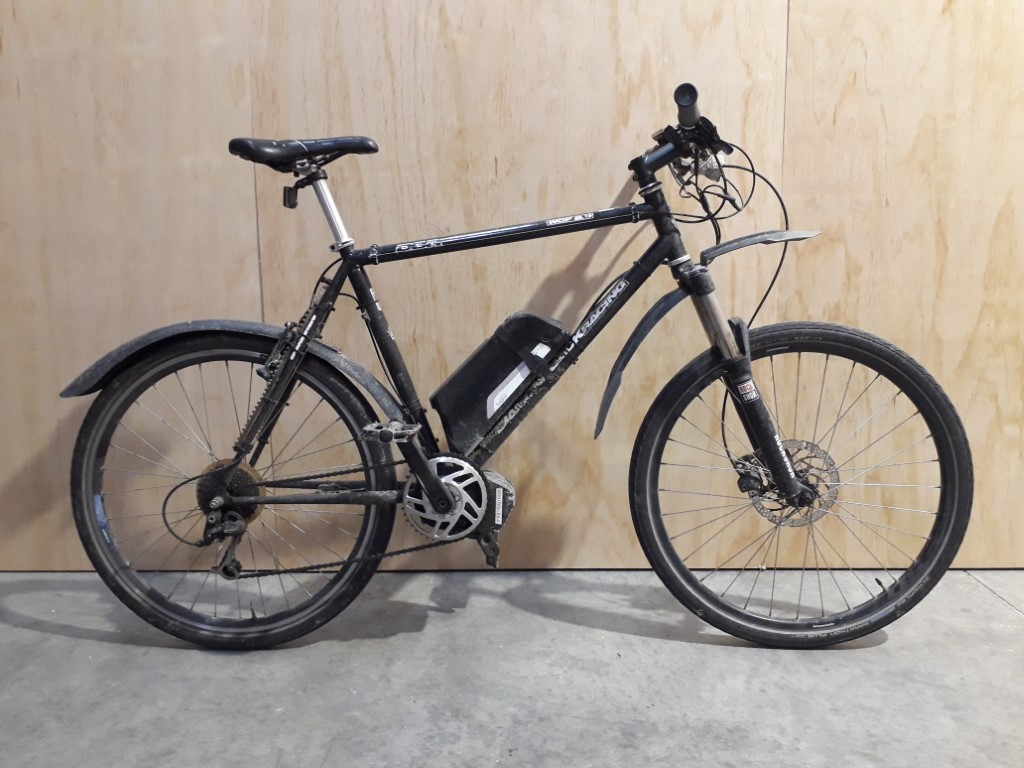 2022 conversion on a 1990s carbon fiber Diamond Back frame 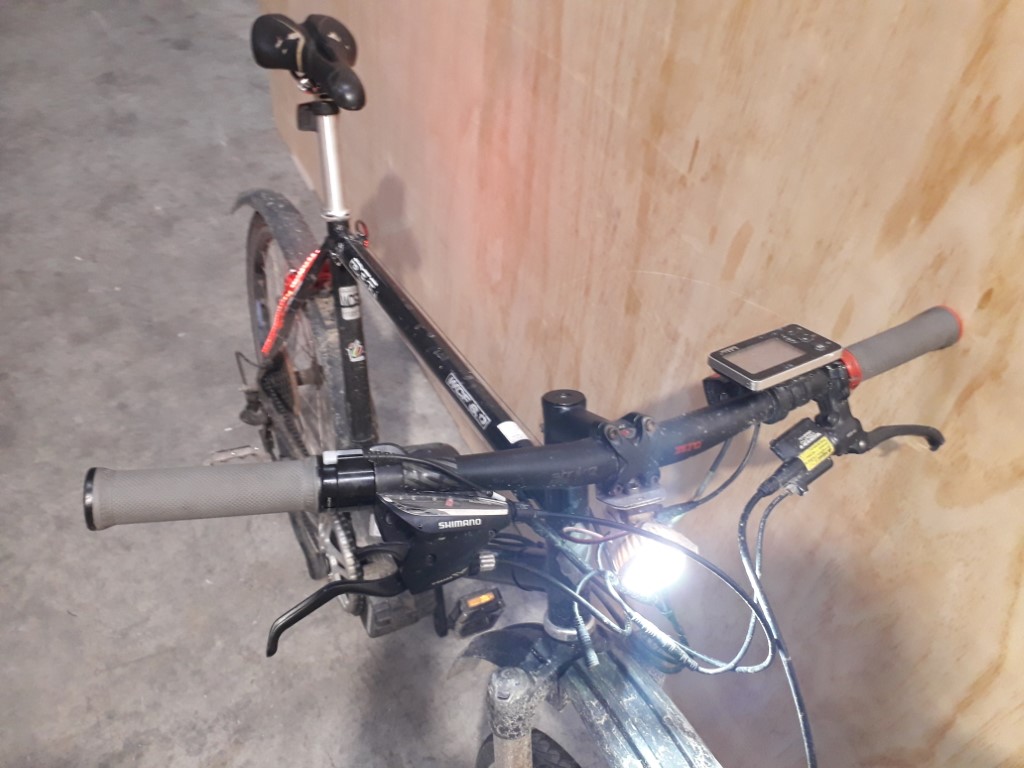 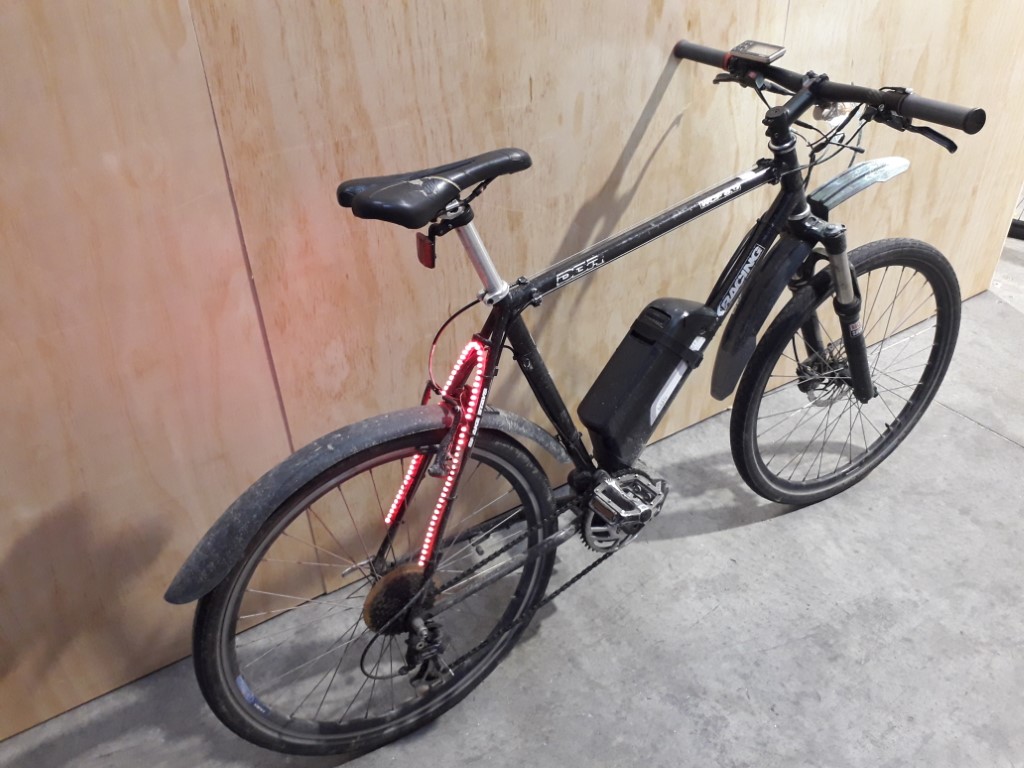 Rear end showing three red LED strips - made by stringing three 12V LED strips together in series, then connected to the 36V power wires coming out of the battery cradle

While I was at it I added:

Prior to building the first commuter e-bike I was a pure "one bike" person. I rode my full suspension mountain bike to work and back, on mountain bike rides, and on cycle touring holidays - so it took a bit of a mental shift to have a commuting only bike.

It was a mistake trying to be too pure. The commuting bike has quite a few advantages:

As someone who plays with lithium ion cells a lot I'm still impressed that this 8-year-old battery pack is still doing the job.